Britain’s Best-Selling Bean to Cup Machine Will Change Your Life! 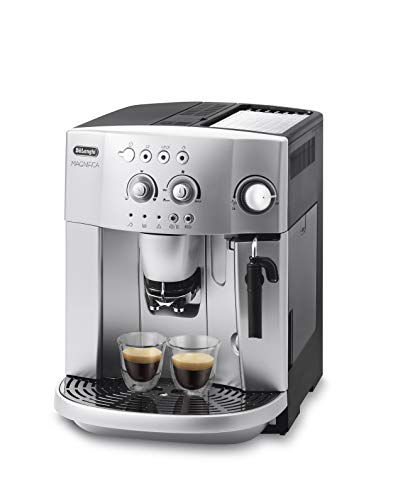 Take a look at the De’Longhi Magnifica ESAM 4200

END_OF_DOCUMENT_TOKEN_TO_BE_REPLACED

We all love coffee here at Blackhearts but is coffee good for you? Actually, coffee helps you live longer!

Well, the news is in guys. It’s officially true: four cups of coffee a day can dramatically cut your chances of an early death.

A huge study has just published its findings and they’re pretty impressive.

Studying almost 20,000 men and women, Spanish scientists discovered that those who drank coffee regularly had significantly lower mortality rate. That means, simply, they didn’t die as quickly from all causes.

As reported in The Telegraph,

‘And those drinking four cups had a 64 per cent lower death risk, compared with those who never or rarely consumed coffee.’

The reasoning for this could be something to do with the antioxidants in coffee. We’ve long known that tea is packed full of these little guys, but actually coffee is too. Antioxidants fight free radicals which are a damaging result of everything from pollution and UV to the oxygen we breathe!

Antioxidants help prevent numerous illness and disease, so consuming lots of them through diet and coffee could be one of the explanations to coffee’s miraculous attributes.

Is it true? Coffee helps you live longer?

The 10-year study followed the lives and dietary habits of the 20,000 participants with over 300 people dying during the research decade. Scientists found that those who drank coffee often were less likely to die and even more so if they were older.

The study is set to continue, with the participants being tracked into the future but this breakthrough study is impressive. The study leaders recommend drinking coffee every day and say that their findings are backed up by other studies as well.

Worried about drinking so much caffeine? No need, the study leaders suggest that it’s the antioxidants within coffee that are responsible for the decreased mortality risk and there’s little difference in the amount of antioxidants between caffeinated and decaffeinated coffee.

Drink away! Read about other health benefits of coffee here.

Any cookies that may not be particularly necessary for the website to function and is used specifically to collect user personal data via analytics, ads, other embedded contents are termed as non-necessary cookies. It is mandatory to procure user consent prior to running these cookies on your website.